Read it in French

The Court of Accounts of the Republic of Madagascar is embarking on a project to improve the management of public funds with the collaboration of the INTOSAI Development Initiative (IDI) and the financial support of the United States Agency for International Development (USAID).

The Project will be implemented between 2020 and 2025 with a budget of 4 million dollars contributed by the American people. The Project aims to strengthen the governance and control capabilities of the Court of Auditors, which is looking to become more professional and accessible to citizens. The Court of Accounts wants to contribute more effectively to the promotion of integrity and transparency in the management of public funds. The Court has already tackled the audit of management of the COVID-19 crisis and the assessment of Grand Tana’s sanitation policy.

The project will be officially launched in February 2021 in Antananarivo, with a training seminar for Court staff, followed by a symposium with representatives from Parliament, Government and civil society.

In November 2020, Mr Jean de Dieu Rakotondramihamina, First President of the Court of Accounts of the Republic of Madagascar, Mr Nathan Piper from the United States Agency for International Development (USAID) and Mr Einar Gørrissen, Director General of the INTOSAI Development Initiative (IDI) signed cooperation agreements for implementation of the “Project for strengthening the Court of Accounts of Madagascar 2020-2025.”

The Project stems from the Strategic Plan adopted by the Court in early 2020 and aims to transform the Institution with a view to contributing more effectively to promotion of the integrity, accountability and transparency of public spending. The Court’s goal is to become a model institution: credible, effective, responsible and accessible to the general public.

To affirm the Court’s independence and ensure its financial autonomy, the Project will provide proposals to strengthen the Court’s institutional position. To improve the Court’s work, its departments will be reorganised, its management procedures reviewed and its audit methodology upgraded. Furthermore, to enhance its professionalism, the Court will establish staff training and development measures. It will also promote gender equality. 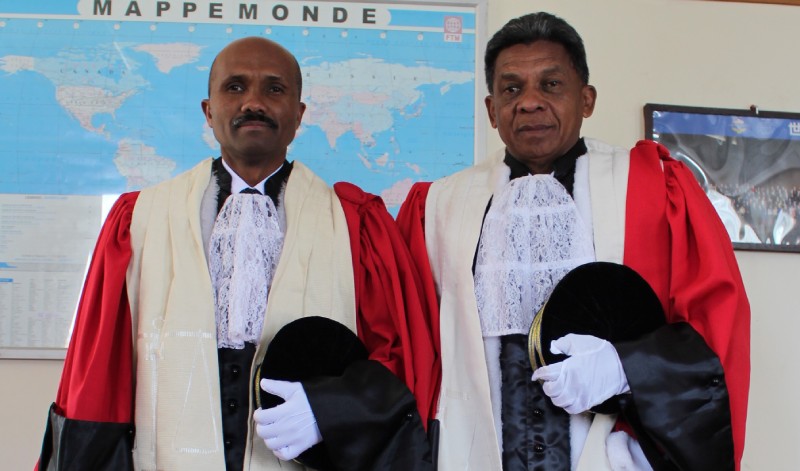 For Mr Rakotondramihamina, the Court’s mission consists of “assuring citizens that taxes and other State revenues are properly received, that expenditure is made in accordance with the laws, that public contracts are entered into in full transparency and in compliance with the prevailing rules, that public employees are engaged by respecting the principles of merit and equality and that public investments are made to optimum effect and for the general good.”

The First President also stated that “the aim of the Project that we have just launched with IDI and USAID is to enable the Court of Accounts to better fulfil its mission for the benefit of the citizens of Madagascar.” He called on stakeholders interested in improving the management of public finances to collaborate: “Let us build innovative partnerships with Parliament, the Administration, civil society and the University. Let us work together towards good governance of public monies.”

Mr Rakotondramihamina emphasized that, while the Project has its challenges and risks, above all it represents opportunities for professional and personal development. In this regard, he called on the Court’s staff: “I am counting on your motivation, your interest in training and the acquisition of new skills. I am counting on your commitment, your loyalty and your initiative.” Lastly, the First President declared that he was very grateful to USAID for its financial support and also to IDI and Peer Institutions for their expertise support. 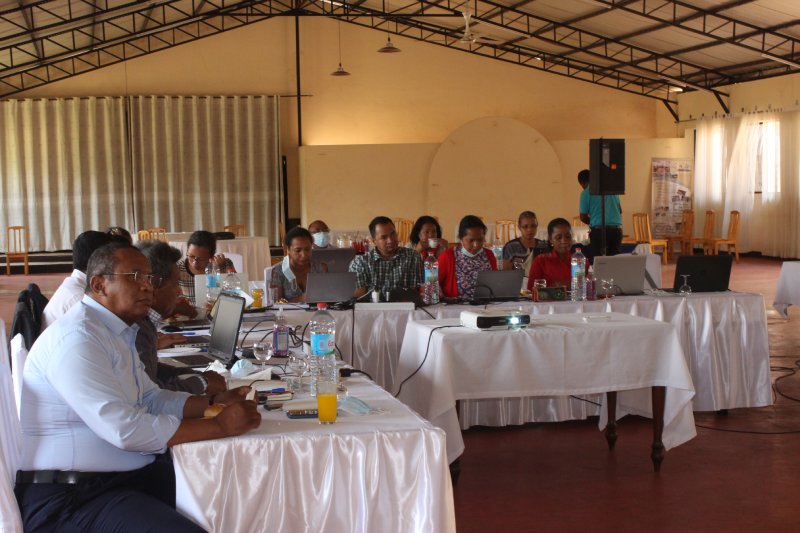 The Court is committed to working towards implementing the country’s priorities. This must be achieved by controlling expenditure that has a high added value and a significant impact on Madagascans’ quality of life. The Court is already planning on conducting audits in the following sectors: mining, energy, finance, State finances, decentralisation and the environment.

Mr Olivier Ernest Andriantsoa HERISON, Commissioner General of the Public Treasury of Madagascar, commented that “the preamble to the Constitution of the 4th Republic cites as a necessary condition for the country’s sustainable and integrated development, good governance in the conduct of public affairs, thanks to transparency in management and accountability of the custodians of public authority. Given the missions conferred on it by this Constitution, the Court of Accounts intends to contribute more effectively to this good governance and this transparency by strengthening its capabilities.”

According to the Commissioner General of the Public Treasury, as a Supreme Audit Institution, the Court of Accounts must adopt the qualities expected of government entities: “promptness, rigour, accountability, effectiveness and performance, integrity in the fight against corruption and in poverty reduction. It will thus contribute to the ongoing improvement in the daily lives of citizens. Also, in its audits, the Court means to adhere to the principle that each ariary spent is useful and justified.” 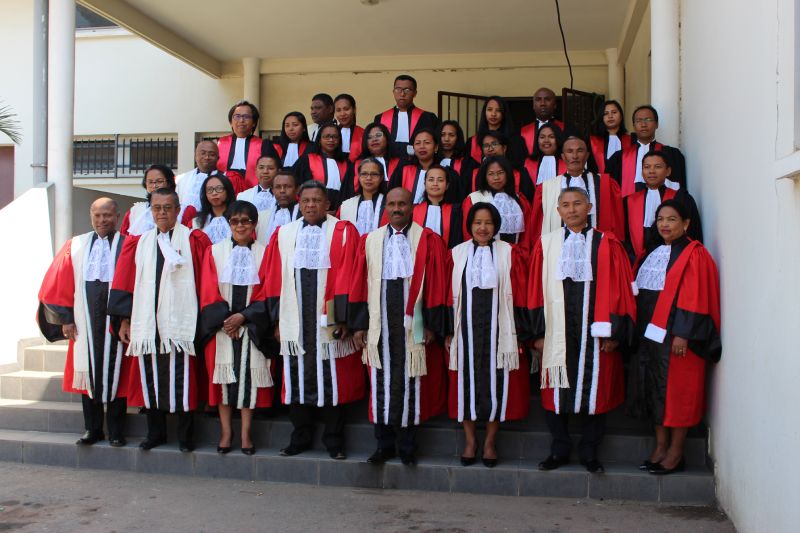 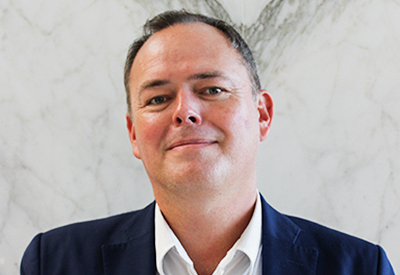 The Director General of IDI, Mr Einar Gørrissen, appears very satisfied with IDI’s participation in a project that aims to help the Court of Accounts of Madagascar to become an institution that is more effective and whose work can contribute to the United Nations’ Sustainable Development Goals.

The Project forms part of a broader, long-term programme, in partnership with African countries that are determined to improve their Supreme Audit Institutions. Madagascar is the first of these countries to move to Phase 2 of this programme. It is now a matter of implementing the Court’s Strategic Plan, thanks to activities that will lead to concrete results: more frequent and better quality reports.

The Director General of IDI considers that “we can expect tangible results following audits and checks that will be performed by the Malagasy auditors with the support of auditors from peer institutions.” Finally, he thanked USAID for its support and the Peers for their commitment, which “will be an example for all the other African countries participating in the programme for changes in Supreme Audit Institutions with a view to better serving citizens.” 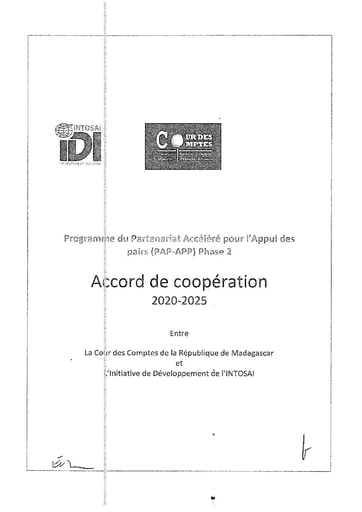 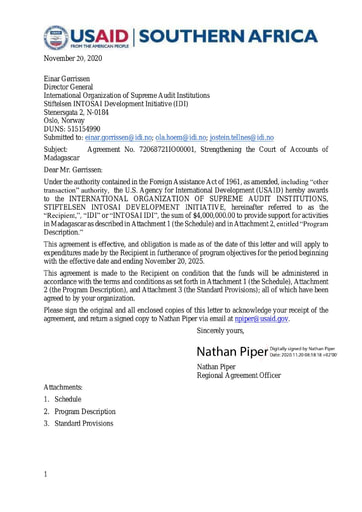 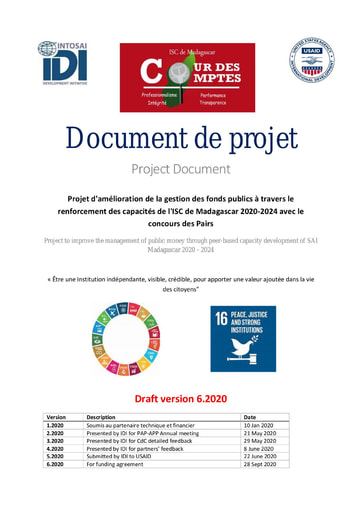 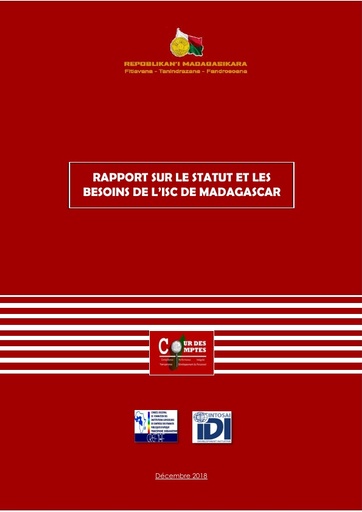 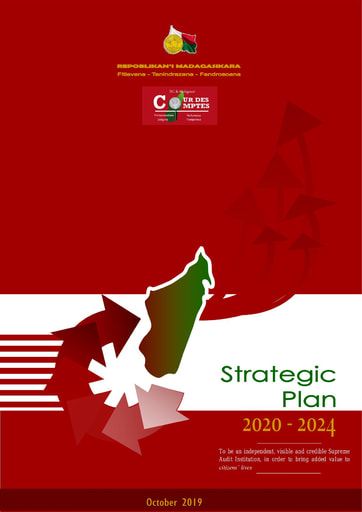 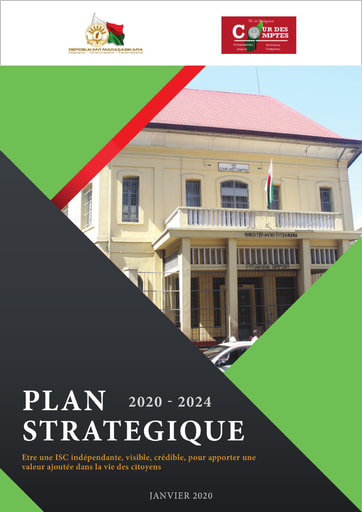 Documents and information for the 2018-2020 Madagascar Peer-support project can be found here.