Gender equality is necessary for flourishing societies and growing economies, and its positive effect has been proven by research. For example, according to the Norwegian Ministry of Finance, if women participated in the country’s labor market at a lower rate—specifically, at the average rate for industrialized Organization for Economic Cooperation and Development (OECD) countries—then Norway would lose the equivalent of the value of the entire Government Pension Fund Global, one of the world’s largest funds.

It is therefore in the interest of all countries to ensure everyone has equal rights and opportunities. Gender equality and women’s empowerment is even a specific United Nations Sustainable Development Goal (SDG 5), one that cuts across all sustainable development. Yet, to date, no country in the world has achieved gender equality.

Furthermore, the COVID-19 pandemic has exacerbated the “shadow pandemic” of gender-based violence, economic crises, and care deficits, with disproportionate effects on women and girls. Inequalities have widened between different groups of women and men based on disability, race and ethnicity, income, age, and more.

In an effort to monitor the responses of governments worldwide to tackle the pandemic, the United Nations Development Program (UNDP) and UN Women initiated the COVID-19 Global Gender Response Tracker. The tracker

shows that many governments have taken individual positive measures to support women, girls, and gender equality, but overall, responses are insufficient and uneven. To fight poverty, enable sustainable development, and ensure fair government responses to the pandemic, we cannot neglect gender equality.

Supreme Audit Institutions (SAIs) have an important stake in this effort, as organizations and through their audit work. SAIs can make a positive mark by actively contributing to greater equality in their countries, and by making gender visible in their organizations and their audit work. SAIs can also demonstrate the costs of gender inequality. For example, gender-based violence has enormous individual and economic costs.

However, the INTOSAI Development Initiative’s (IDI) recent 2020 SAI Global Survey and Stocktaking Report, with a special Gender Annex, shows that many SAIs do not see gender equality as an important issue. Globally, gender balance among SAI staff is tilted the higher one climbs up the career ladder. In 2020, only 29 percent of SAI leaders and 39 percent of senior management were female.

Moreover, less than a third of SAIs globally have strategic plans with objectives related to gender equality, and only 10 percent inform their planning by conducting gender analysis. Globally, there is slow take-up of audits that contribute to gender equality, with exceptions such as the Organization of Latin American and Caribbean SAIs (OLACEFS) region and a number of SAIs across the globe. Furthermore, very few SAIs have developed capacities in gender equality.

Through its 2020 Gender Strategy and updated Gender Policy, IDI aims to take its gender engagement a step further. Together with other stakeholders, such as UN Women, International Budget Partnership (IBP), Association of Chartered Certified Accountants (ACCA), and the Canadian Audit and Accountability Foundation (CAAF), IDI supports SAIs in becoming more gender-responsive organizations and conducting audits that contribute to gender equality.

At the same time, IDI wants to lead by example as an organization itself. A recent effort to build equality more firmly into the upcoming INTOSAI Strategic Plan is an encouraging step.

IDI has a dedicated gender team, consisting of an IDI Gender Focal Point and four internal Gender Champions aligned with the different organizational entities. Here’s what they have to say about their work and IDI’s support for gender equality:

"We all have a responsibility to shape a better tomorrow for all of us, and this includes a more gender-equal world. I am exceptionally proud of our journey on gender equality and inclusiveness, and I hope many more SAIs will join these efforts.”

“Privilege is often invisible to those who have it. If we want a just and sustainable world, we need to take a closer look at factors such as gender, age, ability, and ethnicity that contribute to power and privilege for some but not for others. In IDI, we have embarked on a gender journey with our current Strategic Plan, and we have learned a lot so far. This includes the need to be consistent and inclusive, share responsibilities, and have the necessary capacities, allies, and supportive leadership. It has been great to lead our work on a more robust gender framework, with a new Gender Strategy and Policy. I am thrilled to see initial successes in our own organization and in our support for SAIs and their audit work.”

“In order for SAIs to be relevant to all citizens and contribute to the SDG 2030 Agenda of “leaving no one behind,” it’s important to mainstream gender and inclusiveness in audits or embark upon audits that focus on gender and/or inclusiveness. As the country contexts vary among the SAIs we support, we are always seeking to find the appropriate practical angles to provide a focus on gender and inclusiveness in their specific audit work. As we move forward from our pilot activities, and as both IDI and SAIs gain more experience and lessons, we aim to expand our work on this with the Equal Futures Audit initiative, launching in 2022.” 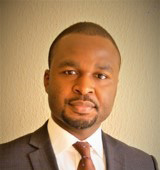 “Supporting my colleagues on applying a gender and inclusiveness lens to their work is a new and exciting challenge, with valuable learning opportunities. You get to discover perspectives you wouldn’t have considered without a structured approach. Leading by example for SAIs also means being gender responsive and considering inclusiveness. A key lesson learned for me so far is that all three areas of institutional, organizational, and professional capacities provide interesting entry points for advancing on this journey with SAIs. Our new initiative on Human Resources, Ethics and Gender for SAIs (TOGETHER), to be rolled out next year, is part of this perspective.” 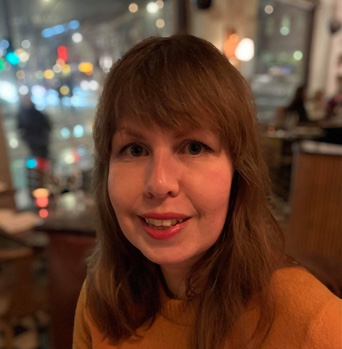 ”Working with the gender analysis in the Global Stocktaking Report really reminded me about the need to take gender equality seriously at the organizational level if you want to see change, especially by promoting women into leadership positions. The interesting thing about doing such an exercise is that it opens your eyes to what happens around you in your own organization and society. I’m very excited that the gender analysis has been presented as an annex to the report. In fact, it’s a small report in itself, showing INTOSAI and its partners the extent to which SAIs are working toward making their organization more gender equal and an inclusive workplace.“ 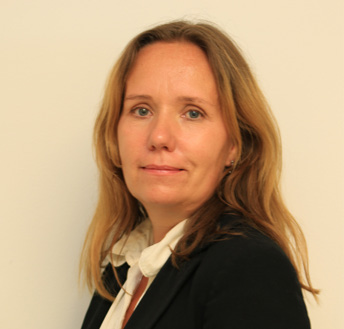 “Upholding equality in the workplace means giving people equal opportunities, equal pay, and accepting and appreciating everyone for their differences. With the support of an external gender and human resources expert, we have started to critically review our internal processes, including recruitment, career progression, and pay. This external viewpoint can reveal flaws that those inside the organization may not be able to see. As a human resource professional, it feels extremely rewarding to be part of the gender champion team, and I would encourage other organizations to designate gender focal points and champions.”