Independence is a critical prerequisite for any SAI to carry out its mandate. The independence of a SAI from the executive bodies it audits is fundamental to its role in public accountability and in building trust between the state and society. The essential role of SAI independence has been clearly established by INTOSAI in the Lima and Mexico Declarations, and confirmed in United Nations resolutions 66/209 and 69/228. These resolutions call on member states to promote the efficiency, accountability, effectiveness and transparency of public administration by strengthening SAIs, and specifically SAI independence.

Report a threat
to SAI Independence

Unfortunately, evidence shows that levels of financial and operational independence are low and declining in many parts of the world. SAI Heads face reduced protection from unjust removal; SAIs face increased executive interference in their budgets; SAI audit reports are not followed up; and SAIs face restrictions in publishing the results of their audits.

Given these realities, SAI independence has been made a priority in both the INTOSAI and IDI Strategic Plans and is high on the agenda of Development Partners. IDI has dedicated a work stream to support Independent SAIs andis working to scale-up its support for SAI independence globally. This includes stepping up IDI’s advocacy, raising awareness of threats toand breaches of SAI independence and brokering support for SAIs facing challenges to their independence. IDI plans to receive, review, and respond to these threats/breaches through the SAI Independence Rapid Advocacy Mechanism (SIRAM).

SIRAM will help the INTOSAI and donor communities deliver timely and effective responses to political developments or legal reforms which may negatively affect the independence of a SAI. Such threats may manifest themselves through amendmentsto a country’s constitution, changes to the budget or audit law, attempts to remove the Head(s) of the SAI,delays or interference in theappointment of the Head of SAIor even proposed abolitionor downgradingof the SAI itself. Through SIRAM, IDI, INTOSAI, Development Partners and other stakeholders can work together to organise advocacy and response solutions that will help support SAIs in maintaining and securing their independence. Elements of SIRAM have been piloted in 2019 in North Macedonia and Somalia with success, and will now be standardised. 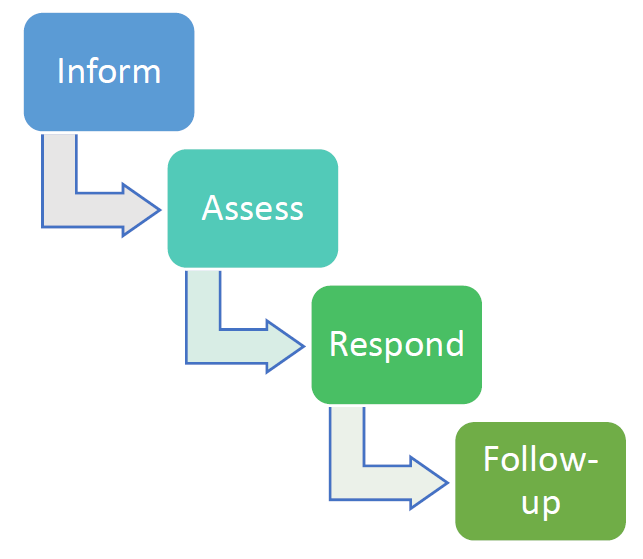 SIRAM is divided into four stages: 1) Information gathering, 2) Assess, 3) Respond, and 4) Follow-up. The first stageis the initialinformation-gathering where IDI will do a preliminary review of the reported or identified threat/breach of one of the eight pillars of SAI independence as outlined in the Mexico Declaration (ISSAI-P 10) to establish whether it is a genuine and real, and deliver an preliminary conclusion within 15 days. If the preliminary review concludes that the threat/breach is genuine and real, IDI will reach out to the SAI in question (if not already done). Advocacy support under the SIRAM can be provided only if the SAI facing the breach/threat requests or agrees to the support.

Once approval comes from the SAI, the information gatheringstage is complete, andthe process continues to the assessment phase (stage 2).In this stage, IDI will work with the SAI and external stakeholders, where appropriate, to further review the breach/threat, understand its specific nature and context, and develop a response strategy.The IDI aspires to complete this within 30 days of receiving the initial report. In the response stage (stage 3), IDI and stakeholders will work with the SAI to take concrete action against the breach/threat, based on the results from the assessment. Potential responses can include, but are not limited to:issuance of statements to relevant authorities, provision of targeted advocacy supportat the country, global or regional levels, in-country missionstoengage with stakeholders, and support in drafting legal provisions for relevant acts and regulations. These responses may come from IDI, or from stakeholders, depending on the situation, and will be issued in agreement with the threatened SAI.If a SAIIndependence Ambassador (being discussed in the INTOSAI-Donor Cooperation) is appointed, he/she could be a valuable partner in the various responses.

After the initial response(s), the follow-up stage (stage 4) will ensure that IDI and other relevant stakeholders remain involved in the quest of or long-term maintenance of the SAI’s independence. In some cases, follow-up may entail long-term engagement between IDI, Development Partners,the SAI and potential other stakeholders.

If you are aware of a threat to a SAI's independence, please contact us.